This French model, who before was a Redhead, was the first Triple-X3D to have fans. The very first questionnaire held back in 2014 resulted in a massive win for Francoise.

Now with the blond hair and the new Hollywood face, I believe she will be the killer again. I mean, how hot can you get?

Queen of the Blowers

Mia is a young teenager that loves to spend time with her friends from school. Specially when there is a sleepover.

In the middle of the night, when everyone is asleep, that is when Mia's adventure begins.

Check her out on:

This extremely hot spanking session is a sketch of the continuation of the Undercover series.

Here agent 00ASS must prove herself to be worthy to have a meeting with her target.

Being the good agent that she is, she is willing to take anything they trow at her.

The wholesome housewife finally leaves her Italian Husband and starts a new relationship with some serious bad figures.

The 34 year old mother of 2 kids, never got a chance to experiment, so now she takes anything that is aimed at her pussy and ass.

Her favorite is when she holdup in the air and have strange men lick her pussy.

Stefany's refused to jerk of her boyfriend while driving tru this dangerous part of town, which pissed him off so much, he dropped her of on a corner.

She got cornered in a dark alley, and is now taking dicks the size of baseball bats.

Nancy is one of the favorite models of most Triple-X3D fans.

Now with the new version of DUI you can learn more about her character on Series.

This website is owned and operated by InGen CGI in compliance with ASACP rules and regulations. 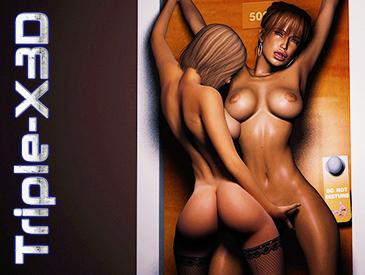