better known as: The Assman

It all began on the set of a movie, where James was supposed to perform his famous Flying Dutchman. A performance he has perfected during the years, and was the key to his success. However this time something was about to happen that will change his life forever.

During the scene the crew lost control of the audience on the set, which caused the entry of a large entity into an undesired area. At least that was the official story.

A few months later found out he had a rich brother called Red, who was willing to lend him some money to start his own business called Triple-Inc

Jim was very creative, and had some great scripts for movies he wrote himself.

However he was not a businessman and was now in need of capital again.

Meanwhile his brother moved to Bucharest to elude the mob which he owed a lot of money.

Assman must now fly to Bucharest to meet his brother, who was now doing very well and recently got married to some girl Assman was about to meet again

Rebecca was once a one night stand he had, which at the time he was not very proud of. But now she looked so hot she made Assman speechless. Red found out they knew each other and nothing else.

After the meeting with Red, Jim loured the restaurant manager to his room, and was trying hard to get some pussy for the night.

Unfortunately he seem to have chosen the wrong one one. Melina was planning to get married in two weeks, and was very much in love.

Just about he was starting to get somewhere, disaster struck. The famous TV star Flavia Rossi came looking for Nadia to take her to an exclusive party being held in the basement of the hotel.

Since Nadia was not there, she insisted that Melina join her, and she would not take no for an answer.

Melina felt guilty about it and, and demanded Assman came along. Judging by what Flavia was wearing, Assman knew he was about to experience something he was not mentally prepared for.

Meanwhile in the Triple-Inc office, Roxanne got the job as the new assistant for Dominique.

Harry the Scottish manager did not care if she was capable or not. He was mesmerized, and so was Dominique.

The question now was, who was going to have her first.

Unknowingly of what was inspiring around her, Roxanne just tried to do her best to keep this job.

Her boyfriend got in an accident, and could not play professional baseball anymore, so she was now forced to take care of the bills.

Harry did not waist any time and ordered Roxanne to come to the office early Sunday morning to help him test out some new equipment.

He knew Roxanne would do anything to keep the job, so he did not expect any resistance.

What he did not know, was that Roxanne discussed it with Dominique.

Dominique spends most of her Saturday nights dancing in the club next door. So come Sunday morning, she leaves and has to walk past the office to the parking lot.

That was the perfect time to check out what Harry had up his sleeve.

She managed to sneak in without being noticed, and could not believe what she was seeing.

The sound of Roxanne moaning of pleasure, made her so wet, that she had to think of a way to join the party. Not for Harry, but for the strange feeling she was now getting from seeing Roxanne naked.

She decides to shock Harry by doing something he would never expect.

Harry did not take the prank well and decides to quit his job, before Assman returns from Romania. Highly embarrassed he asks Dominique not to tell Assman what just happened. he wanted to tell him himself.

For Dominique is the resignation of Harry a devastating blow. She would have to work overtime, until she finds a replacement. This was Harry's way to get back at her.

Assman would definitely not take the loss of his manager well, which can cause him to fire Dominique.

However Dominique now has a much bigger problem. She can seem to take her eyes from Roxanne, and is now starting to get serous feelings for her.

Roxanne is shocked because she is engaged to be married to the only boyfriend she had, since high school.

Meanwhile across the Atlantic Assman was now also falling for a stewardess he just met on the flight to Bucharest.

Greek Esmeralda Astros was not only Assman's wet dream. She even shared his passion for hot chicks, with bubbly asses.

Must be a gift from the gods...

Do you wanna know more?

Reality Series about the hot models of:

This website is owned and operated by InGen CGI in compliance with ASACP rules and regulations. 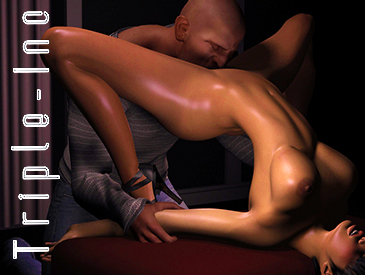